Never ones to rest on their laurels, Indigo Girls embarked on a bold new chapter in 2012, collaborating with a pair of orchestrators to prepare larger-than-life arrangements of their songs to perform with symphonies around the country. It was a challenging endeavor, to say the least, but the GRAMMY-winning duo managed to find that elusive sonic sweet spot with the project, creating a seamless blend of folk, rock, pop, and classical that elevated their songs to new emotional heights without sacrificing any of the emotional intimacy and honesty that have defined their music for decades. Now, after more than 50 performances with symphonies across America, the experience has finally been captured in all its grandeur on the band’s stunning new album, ‘Indigo Girls Live With The University of Colorado Symphony Orchestra.’

Widely considered a feminist icon, Grammy winner Ani DiFranco is the mother of the DIY movement, being one of the first artists to create her own record label in 1990. While she has been known as the “Little Folksinger,” her music has embraced punk, funk, hip hop, jazz, soul, electronica and even more distant sounds. Her collaborators have included everyone from Utah Phillips to legendary R&B saxophonist Maceo Parker to Prince. She has shared stages with Bob Dylan, Bruce Springsteen, Pete Seeger, Kris Kristofferson, Greg Brown, Billy Bragg, Michael Franti, Chuck D., and many more. Her most recent studio album Binary was released in June 2017 on Righteous Babe Records. Her memoir No Walls and the Recurring Dream was released in May 2019, and DiFranco released a No Walls Mixtape alongside the book, offering a new take on songs related to the memoir.

LISTEN TO THESE ARTISTS 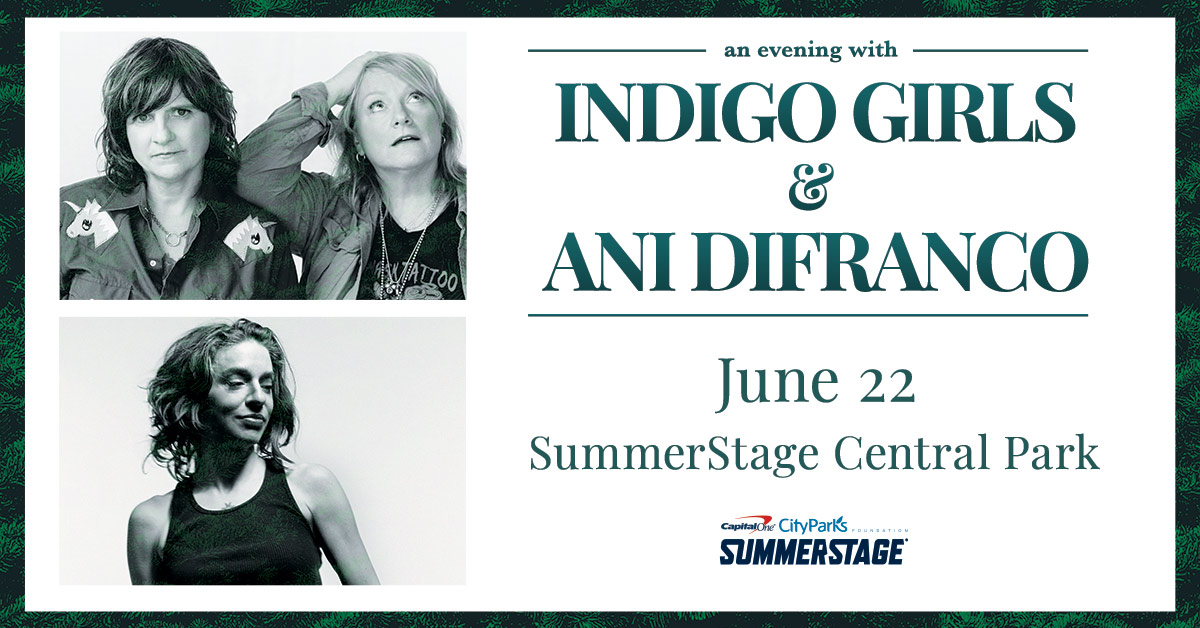