30 for 30: Once Upon a Time in Queens World Premiere, presented by ESPN Films & Rooftop Films

In order to attend 30 for 30, guests are required to have had their final dosage of the vaccine by August 11.

Arrive early! We’re giving away free popcorn or a hot dog, plus a free drink to the first 750 guests. All food and drink is courtesy of ESPN 30 for 30 and Rooftop Films

They were one of the most dominating, infamous, magical teams of all time. A team that as much as any in memory, captured the spirit and the ethos of the time and city in which they played. Ultimately, the 1986 Mets were an unforgettable story, one told in colorful, entertaining, and unvarnished fashion in the four-part 30 for 30 documentary series from ESPN Films, Once Upon a Time in Queens.

Join ESPN Films and Rooftop Films at Capital One City Parks Foundation SummerStage in Central Park for a special premiere presentation of the first two episodes of ESPN’s much-anticipated new series about one of the most wild and fascinating baseball teams of all time, preceded by a conversation with director Nick Davis and special guests.

The series traces the origins of the 1986 team back to the late 1970s, when the Mets were a listless, struggling franchise – and New York City was nearly bankrupt. But as the grime and hopelessness that defined the city gave way to the high-flying, yuppie-and-cocaine infused, “greed is good” rise of the 1980s, the Mets emerged, too. And the transformations – of the city, and the ballclub – ran in parallel paths in every which way imaginable. The city may have had a glamorous sheen, but dirt and danger were still everywhere. The Mets may have been full of swagger and star power, but demons and disaster always loomed.

The Mets won 108 regular-season games in 1986, running away with the National League East, and doing it brashly and unapologetically. The Mets got into four different fights during the season and drew the ire of opponents with their collective arrogance and attitude. New York loved it all – the team was an embodiment of a city that seemed addicted to excess, and the Mets captured the hearts of millions in singular fashion. And that was all before they embarked on a magical postseason journey that still endures as one of the most memorable Octobers the game has ever seen.

35 years later, it all feels like a fairy tale – a fun heist movie about a charismatic band of lovable scoundrels who came together for one big score. But beyond the glory, there was so much more. For New York City, race problems, crime problems, and the drug war, along with the looming menace of AIDS, were all bubbling beneath the surface. In different ways, the team would be shadowed by its time and tensions, and never again win another title. Their story of their triumph may have been magical, but the tale of their fall was inevitable. 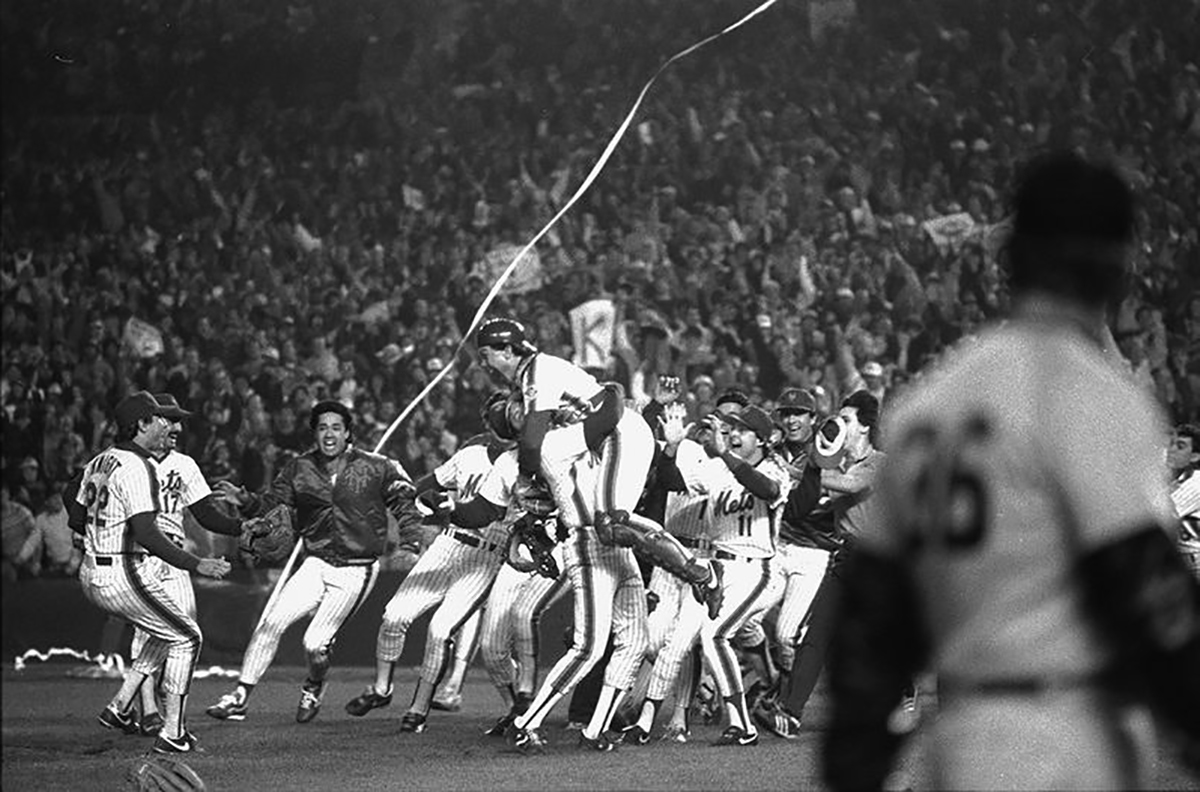 Add to Calendar
become a member
Plan your visit