Moderated by culture critic and journalist Isabelia Herrera, the panelists will share their personal experience and perspectives for a conversation bound to interest anyone curious about the power of music and culture to transcend borders, and the role that art, artists, and activism plays in public policy.

Isabel Castro is a four-time Emmy-nominated, Mexican American filmmaker who combines a practice in journalism and art to tell stories about immigration, civil rights, and identity. She is the director of Disney Original Documentary’s Mija which can be seen in select theaters on August 5 and will stream on Disney+ this fall.

Castro previously directed, produced, and filmed the Emmy-nominated, award-winning documentary short USA v Scott (Tribeca 2020, The New Yorker), Emmy-nominated Darlin (Tribeca 2019, NYT OpDocs), and on the Emmy-nominated Netflix docu-series Pandemic. Her debut project Crossing Over (Univision/Participant Media) won a 2015 GLAAD Media Award for Outstanding Documentary. Interviews about her work on Crossing Over were nominated for two additional GLAAD awards. She’s worked on dozens of stories as a producer, cinematographer and multimedia journalist for The New York Times, as an Edward R. Murrow-award winning producer at The Marshall Project, on two seasons of the Emmy-award winning series VICE on HBO, and as an Emmy-nominated producer covering civil rights and policy at VICE News Tonight on HBO. She was named 25 New Faces of Independent Film by Filmmaker Magazine and was on DOC NYC’s “40 under 40”.

Appointed “one of Mexico’s greatest young talents and vocalists” by KCRW’s José Galvan, 23 years old Silvana Estrada is the new voice of a movement of independent women artists who have characterized Latin Alternative music over the past decade. She has been recognized internationally, performing and recording with artists including Uruguayan singer/songwriter Jorge Drexler, Chile’s Mon Laferte, Catalan singer Silvia Pérez Cruz and Spanish group Love of Lesbian, as well as Natalia LaFourcade and other well-known Mexican artists. “Marchita”, her anticipated full-length album produced by Gustavo Guerrero, was released on January 21, 2022. International media outlets such as the New York Times, El País, Rolling Stone, Billboard, NPR, CNN and the Washington Post have named it one of the best albums of the year. Ultimately, Silvana Estrada sings from down deep, telling her soulful coming-of- age stories in a voice that embraces the legacy of Latin American song and carries it into the 21st Century.

Doris Anahi Muñoz is a musician and arts advocate from Los Angeles, California. Doris practices her craft at the intersection of art and community, and as the founder of Casa Mija (FKA mija mgmt) and Solidarity for Sanctuary, has become a champion for mentorship, representation, and community building, creating safe spaces of growth and expression for those wishing to belong in the music industry either in front of the stage or behind the scenes. Besides guiding the careers of the next generation on Latinx indie artists, Doris also serves as a Senior Fellow in Civic Media at USC’s Annenberg Lab, and has produced Selena for Sanctuary shows at Lincoln Center, SummerStage, The Ford, and Grand Park.

Doris is now in the midst of releasing her own musical projects with her first EP slated for Summer 2022, and a full length feature documentary, Mija, highlighting her family’s immigration journey and her time as an artist manager, will be released later this year on the Disney+ platform. Doris’ work has been featured in the New York Times, Los Angeles Times, Billboard, and Rolling Stone.

Jacks Haupt is a Mexican-American independent singer-songwriter from Dallas, TX, born and raised in Oak Cliff. Redefining the Alternative Pop-R&B/Soul sound, she taught herself how to make music directly from her iPhone at 17 years old. Jacks has now released EPs such as 1973 and La Mezcla: Ilusion with her single ‘3 AM’ reaching over 400k streams on Spotify. Through her magnifying sound, she represents a whole generation that exists between cultures, languages,and genres. She is currently working on her debut album, set to release in the Fall of 2022.

Born and raised in Chicago to Dominican parents, Isabelia Herrera is a culture critic and journalist based in Brooklyn. Isabelia’s work explores identity formation, feminist aesthetics, and immigrant belonging in popular music across Latin America and the Latinx diaspora. Her writing has appeared in Rolling Stone, Billboard, NPR, GQ, and more. She recently completed a year-long fellowship as an Arts Critic at The New York Times.

This engagement of Silvana Estrada is made possible through Performing Arts Global Exchange, a program of Mid Atlantic Arts in partnership with the National Endowment for the Arts. 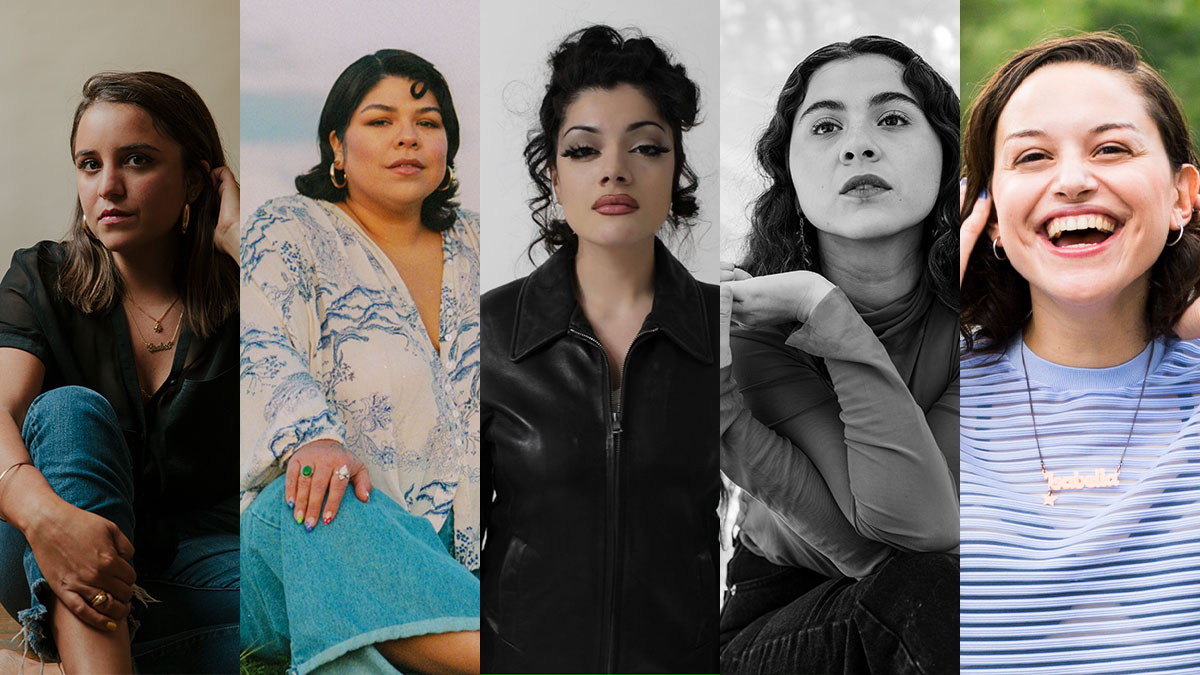