Three of the Met’s rising young stars perform an evening of arias and duets from some of opera’s most popular works. Featuring Grammy winner Brittany Renee (soprano); Ben Bliss (tenor), whose “marvelous” recent season at the Met drew praise from the Opera Critic; and Justin Austin, described by the Wall Street Journal as a “mellifluous baritone.” With Assistant Conductor Bryan Wagorn accompanying on piano.

This season, Grammy Award–winning American soprano Brittany Renee made her Met debut as Evelyn in the company premiere of Terence Blanchard’s Fire Shut Up in My Bones, returning later in the year as Annie in the Gershwin’s’ Porgy and Bess. Elsewhere, she made her debut at Lyric Opera of Chicago as Destiny/Loneliness/Greta in Fire Shut Up in My Bones and also debuted with the American Pops Orchestra as a guest soloist and at Carnegie Hall as the soprano soloist in Handel’s Messiah with Musica Sacra Chorus and Orchestra. She has also wowed audiences with her performances at the Semperoper Dresden, Turin’s Teatro Regio, Bari’s Teatro Petruzzelli, Opera Orlando, Opera San Jose, Florida Grand Opera, Salt Marsh Opera, Piedmont Opera, Chautauqua Opera, Crested Butte Music Festival, Opera Theatre of the Rockies, and the Greensboro Symphony Orchestra, among others.

A graduate of the Met’s Lindemann Young Artist Development Program, Kansas-born tenor Ben Bliss made his debut with the company in 2014 as Kunz Vogelgesang in Die Meistersinger von Nürnberg and has since appeared as Ferrando in Così fan tutte, Tamino in The Magic Flute, the Steersman in Der Fliegende Holländer, Belmonte in Die Entführung aus dem Serail, and Arturo in Lucia di Lammermoor. During the 2021–22 season, he returns to sing Tom Rakewell in The Rake’s Progress, and next season, he sings Don Ottavio in a new production of Don Giovanni and Tamino in holiday performances of The Magic Flute. He has also headlined performances at the Santa Fe Opera, Canadian Opera Company, Seattle Opera, Houston Grand Opera, and Opera Philadelphia, among others.

A multifaceted musician, baritone Justin Austin performs a wide range of repertoire from jazz, R&B, and musical theater to opera and oratorio. In May 2021, he appeared as a soloist in the Met’s A Concert for New York, the company’s first in-person performance following the extended closure due to the Covid-19 pandemic, and he returns during the 2021–22 season to make his company debut as Marcellus and the Fourth Player in the North American premiere of Brett Dean’s Hamlet. This season, he created the role of George in the world premiere of Ricky Ian Gordon and Lynn Nottage’s Intimate Apparel at Lincoln Center Theater. In addition to his work in opera, he has collaborated with Aretha Franklin, the Boys Choir of Harlem, Mary J. Blidge, Elton John, Lauryn Hill, the Roots, 30 Seconds to Mars, Kanye West, and jazz legends Reggie Workman, Hugh Masekela, and Wynton Marsalis. 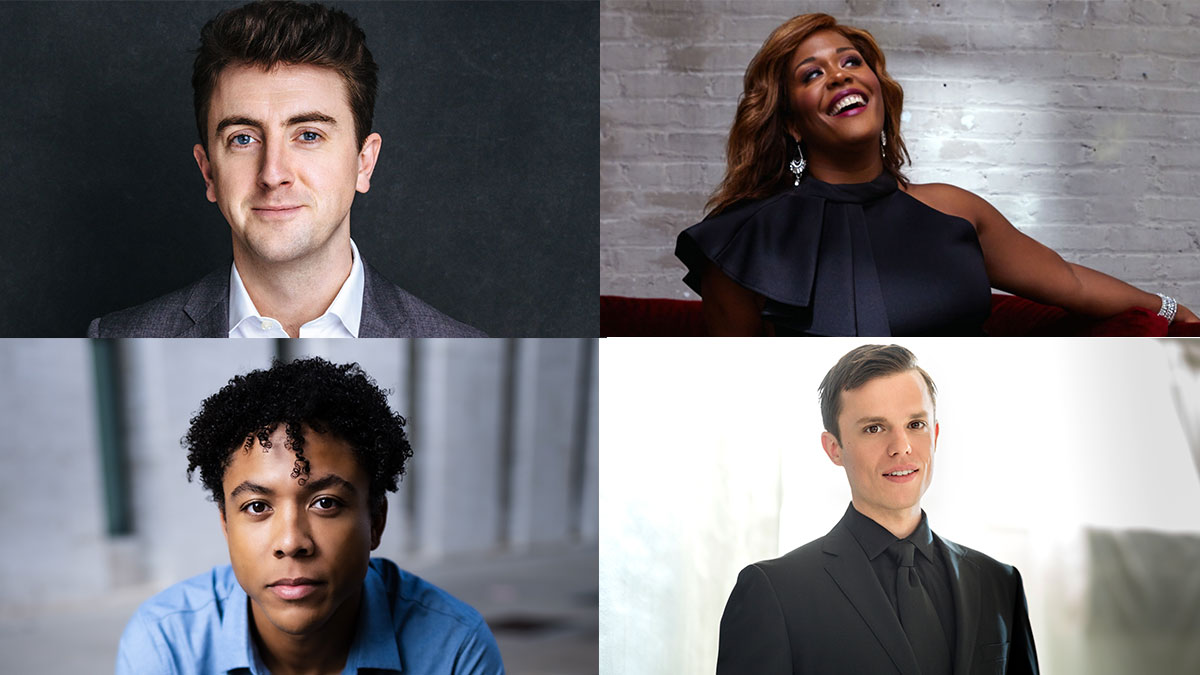