(CANCELLED) 20 Years Before The Mast: The Decemberists 20th Anniversary Tour
Produced by The Bowery Presents

We were really hoping against hope to be able to bring this 20th/21st anniversary show on the road this summer. And while there’s every reason to be optimistic about the state of the pandemic and the possibility of live shows in the future, we don’t think it’s going to happen in July and August of this year. There’s so much uncertainty about playing these shows safely, especially the indoor ones, that we thought the best decision is to cancel. Yeah, we’re bummed. We plan on touring next summer; whether that will be in the vein of a similar tour or something new altogether, it’s too soon to say. We promise to be out there again, seeing all your shining, singing faces — covered or uncovered.

For 20 years The Decemberists have been one of the most original, daring, and thrilling American rock bands. Founded in the year 2000 when singer, songwriter, and guitarist Colin Meloy moved from Montana to Portland, Oregon and met bassist Nate Query, keyboardist Jenny Conlee, and guitarist Chris Funk, The Decemberists’ distinctive brand of hyperliterate folk-rock set them apart from the start with the release of their debut EP 5 Songs in 2001. After making their full-length debut with Castaways and Cutouts in 2002, the band signed with Kill Rock Stars for the release of the acclaimed albums Her Majesty the Decemberists (2003) and Picaresque (2005), which was produced by Chris Walla. The 2004 EP The Tain – an 18-minute single-track epic – made the band’s grand creative ambitions clear. 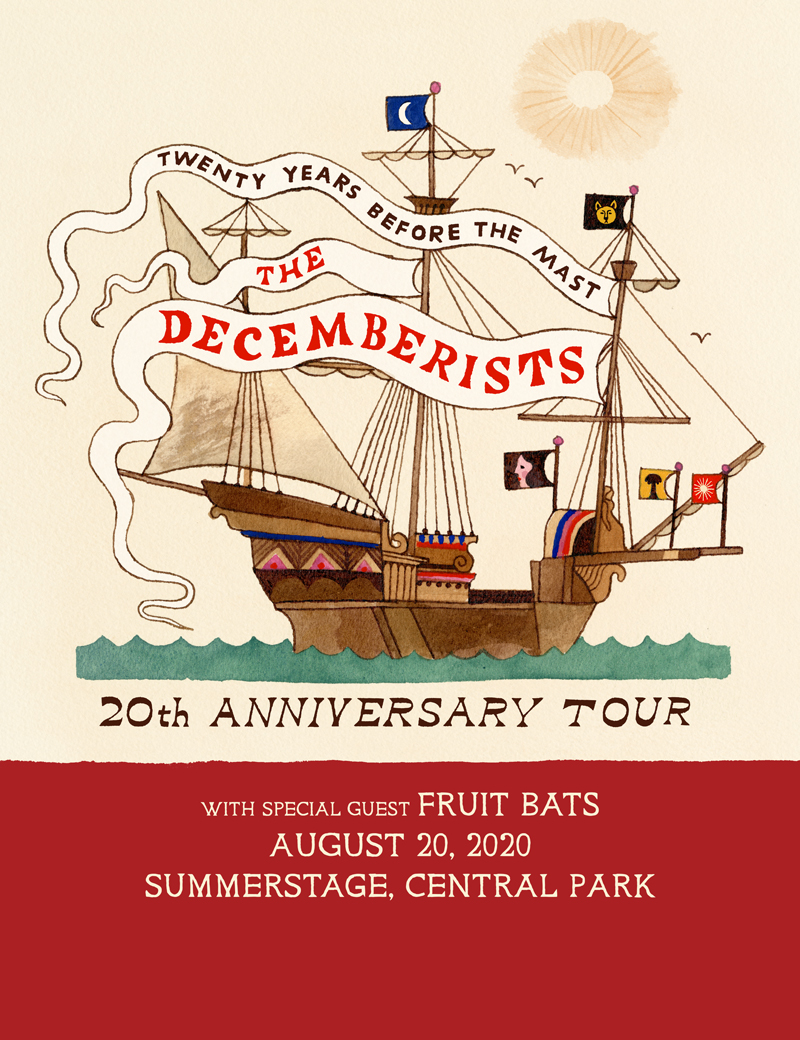