Common / Rapsody / Pete Rock show that was canceled on Sunday, August 22 at SummerStage in Central Park will not be rescheduled for 2021. All ticket buyers will be refunded to their original point of purchase within (30) days.

Common / Rapsody / Pete Rock show that was canceled on Sunday, August 22 at SummerStage in Central Park will not be rescheduled for 2021. Complimentary tickets will not be available to be transferred for any other shows. Thank you for entering and we hope you’ll consider attending another free SummerStage show this season. View our season lineup at summerstage.org.

With dozens of roles over the past two decades (American Gangster, John Wick 2), Common is as much of a movie star as he is a rapper. The Chicago-bred MC secured his legacy as a pillar of hip-hop with classic LPs like Resurrection, Be, One Day It’ll All Make Sense and Like Water for Chocolate—few performers have balanced both worlds with such aplomb. He’s joined by Rapsody, the Grammy-nominated MC from North Carolina who’s widely acknowledged as one of the rap game’s preeminent wordsmiths. Signed to Jay-Z’s Roc Nation, her latest LP is 2019’s Eve. The show will be opened by Pete Rock, one half of the critically acclaimed group Pete Rock & CL Smooth, who helped pioneer the fusion of jazz, funk, and soul with rap, and is responsible for some of the most iconic productions in New York hip-hop. 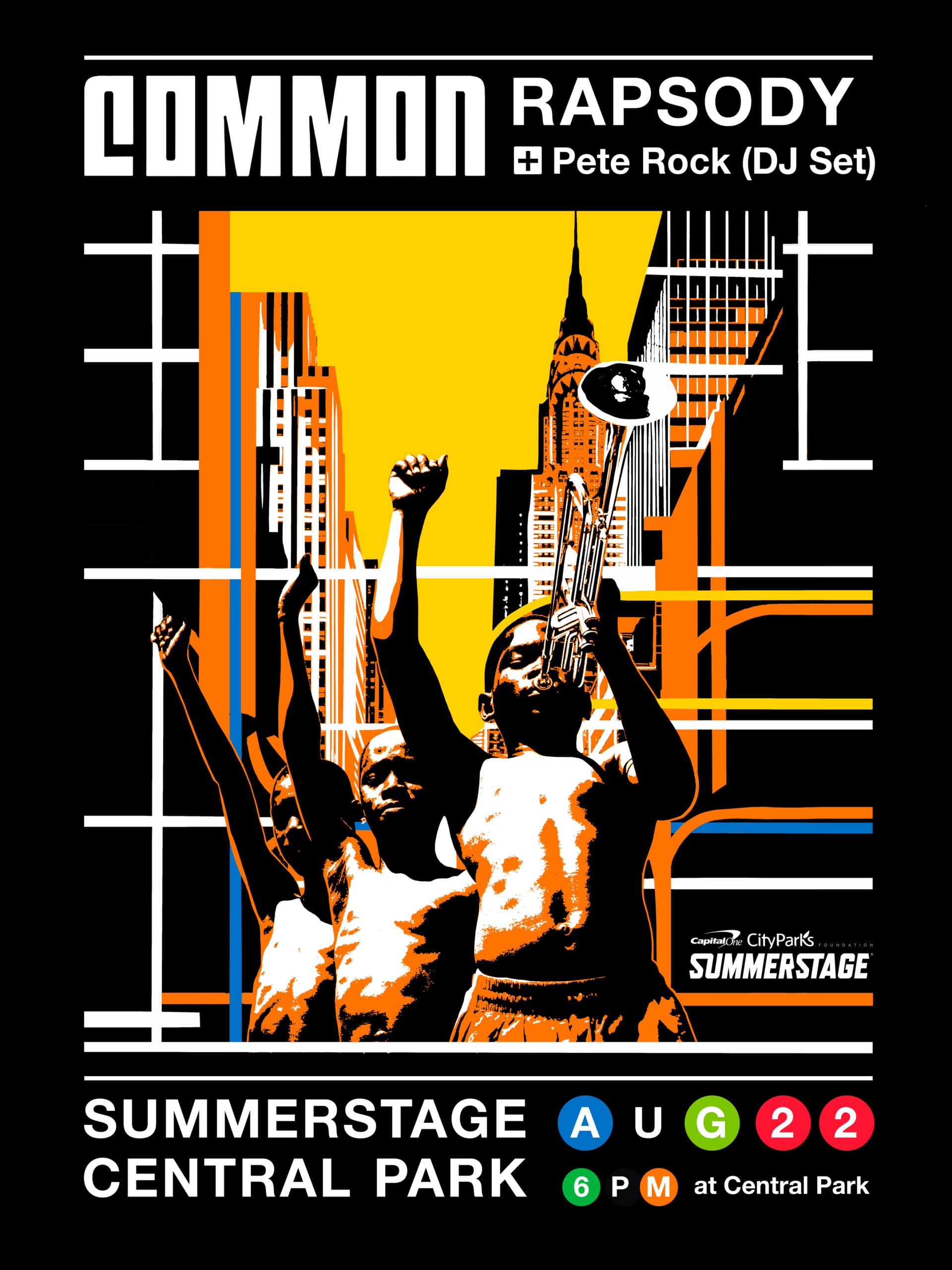